The TV Character Actor in the Age of Mechanical Reproduction: Garret Dillahunt and the Deconstruction of Aura

I should preface this post with the disclaimer that I am not very well versed in star studies.  For someone who knows about that, check out Annie Peterson’s blog.  What I will be arguing is not so much about star studies, anyway, because in the acting hierarchy “character actor” is not the same as “star.”  Instead, I want to analyze one television character actor, Garret Dillahunt, and the trend of his recent appearances in deconstructing through inversion the idea of “aura.” 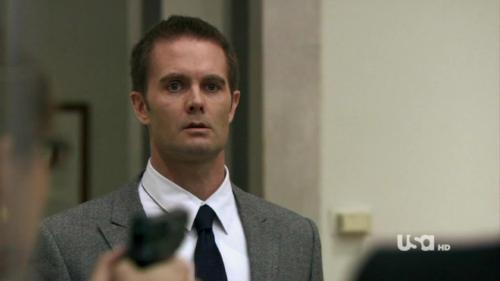 In “The Work of Art in the Age of Mechanical Reproduction,” Walter Benjamin argues that the aura of a work of art becomes degraded through reproduction.  Moreover, he extends his argument to film actors, writing, “The aura that envelops the actor vanishes, and with it the aura of the figure he portrays. [. . .] The cult of the movie star, fostered by the money of the film industry, preserves not the unique aura of the person but the ‘spell of the personality,’ the phony spell of a commodity” (Benjamin).  Though Benjamin argues regarding film, certainly the reproduction central to television distribution fits his argument as well.

Character actors share the “star” characteristic of being bringing a “personality” to their roles, for often character actors make their living by being typecast.  This plays not only on the intertextuality of their roles but also on the illusion of “aura” the actor can give a character.  The idea behind casting a character actor is for the audience to be able to instantly know what type of person he or she is supposed to be.  Go to That Guy! and you can sketch a general character for each actor. 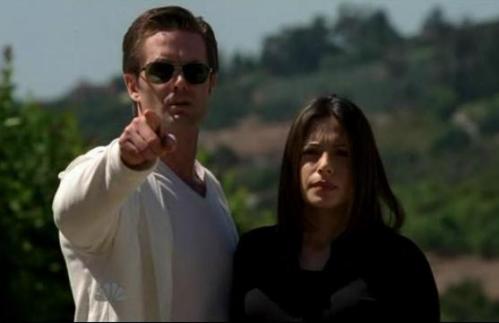 With Garret Dillahunt, you can still read him as a “bad guy” through his cold stare and austere look, but there is something else.  Over the last few years, Dillahunt has played more ciphers than characters, or to be more accurate, he’s the character actor of choice when your character IS a cipher.  His characters are always more a flexible reflection of the plot or other characters (or his character’s own play-acting) than a set individual.  He’s played robot terminators, slippery mafia dons, killers, con men, and spies, but his characters are always a bit of a closed circuit.  This is done purposefully.  The “aura” that he brings to his character roles is precisely a lack of “aura.”  He could be anyone because he plays lack of specific character so well.

The following clip illustrates this inversion of “aura” nicely.  From Dillahunt’s appearance on Terminator: the Sarah Connor Chronicles, he plays “John Henry” with the body of a Terminator from the future and the first Terminator programming as his mind.

There’s a blankness to Dillahunt in almost all of his roles, a deliberate separation from both a connection with the viewer and a connection with the characters with whom he shares the screen.  It’s not that he’s a static actor, unable to connect.  His film roles tend to take him more in that direction (see especially his comedic performance as wide-eyed Wendell in No Country for Old Men), but on television, his blankness has become his “aura.”  His lack of “aura” intentionally draws attention to Benjamin’s articulation of the modern withering of “aura” in filmic media and actors.  However, Garret Dillahunt serves as a counterexample, a deconstruction of the idea of “aura” based around original/copy or character/cipher, for his recent roles reverse and displace these binaries–and their implied hierarchies–by making the cipher the character and the copy the original.  The idea of difference in undermined through inversion.  Dillahunt can play machine because he embraces the mechanical reproduction of character.  His blankness is valued in his villain characters because it captures the terrifying ramifications of the destruction of personal “aura” in the age of mechanical (and now more-widespread digital) reproduction. 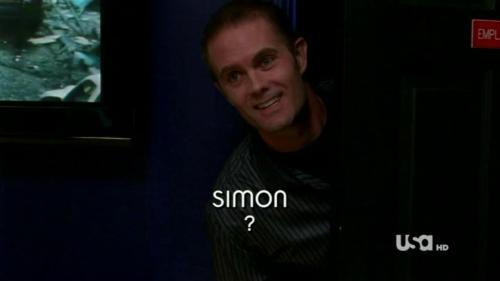 Sometimes even the chyron doesn't know what to make of him.